Zombix Online is a pixel sandbox with elements of survival and battles against real players and mutants!

The game is set in the zone where the disaster occurred. Players will have to survive in the world of post-apocalypse, find friends, defeat enemies and capture the territory, getting resources from them.

Perform quests and tasks from the NPC. There are seasonal quests.

Create items from resources that fall out of zombies and wolves.
Travel by location: PvP, bases, mutant lair (PvE).

Team up with other survivors to create clans and participate in clan battles.

Capture bases on the Survivors’ Base (wastelands). By capturing the base, survivors can collect resources from the special machines that create them. But be careful, because the base are protected by bots and strongest clans!

In the game, there are pets that can be developed and who will not be abandoned in difficult times, protecting their master and fighting with him!

There are backpacks in which you can store items.

As an experienced stalker, you can stumble upon an anomaly, defuse it, and take away the artifacts that give its owner incredible properties!

Choose the best custom weapon and armor for your taste!

Haggle with other players, sharing items and resources with them.

Pump the hero through special injectors with experience, or performing the tasks of the Merchant. Or fight zombies and wolves to gain combat experience.

Ambush other survivors, hiding in the bushes and waiting for your sacrifice.

Build and strengthen your own bases on which you can build generators to produce clever mechanisms and generators.

Shoot with a variety of weapons, from pistols to automatic rifles and sniper rifles. The automatic shooting system allows you to simplify the gameplay and get out of the battle of the winner, even if the Internet connection is poor.

The game has a transport for fast movement between locations.

A distinctive feature of the game is that it is multiplayer (MMO), so all the actions of players affect the fate of the survivors.

The game is constantly updated and supplemented, and has an active community of players!
Winter world style;
New font for characters’ nicknames;
Added the ability to catch fish;
Technos was balanced (less damage from drones, but now a maximum of 3 drones available instead of 2);
A lot of fixes and optimizations. 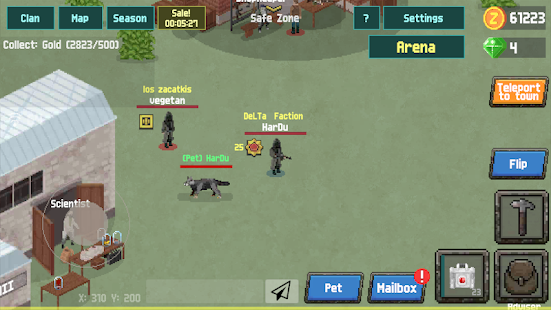 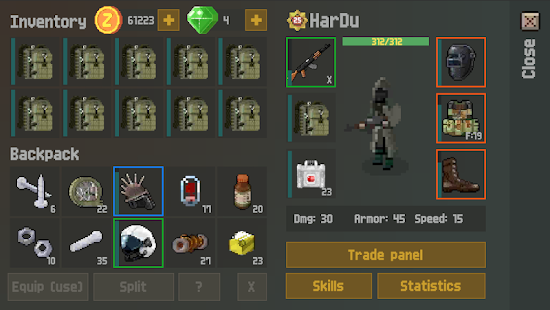 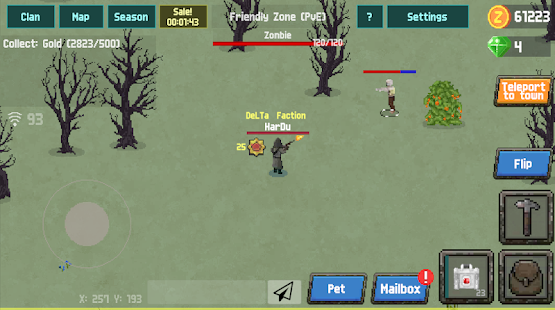 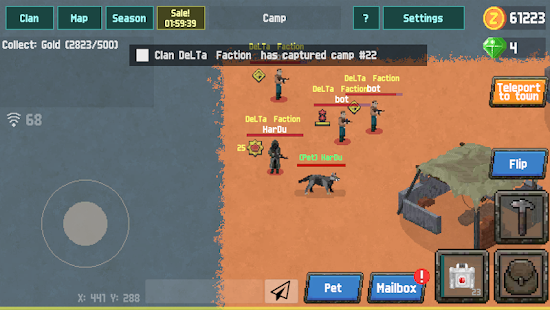