App Information of Oriental Bride of the Emperor

Description of Oriental Bride of the Emperor 4.0.0 (MOD, Unlimited Platinum)

Its background is based on the wonderful & colorful oriental world!
Be the bride of the young great emperor, and get approached by many of hot and gentle guys dressing up in the oriental style suits♪

Lovely oriental mandarin style dresses and accessories are available, too!
Change into the lovely oriental princess-like dress and go on a date with the hot guys in the imperial palace♡

【Story】
When you were arranging the books in the library, you accidentally fell into the unknown world!
Then the great emperor of that world suggested you to be the Princess consort for him?!

“I’ll help you to go back to your origianl world.
Instead, you be my princess consort.”

The arrogant emperor forcibly let you sign in the marriage contract!
And there are 8 different types of “Hot guys♡” ready to help you?!

In the end, will you gonna go back to the original world? Or…….
――Now, the destined love story will begins here.

【The Oriental Hot Guys♡】
♡Cai Liyue
“I don’t care whatever you do with others because after all, you belong to me.”
The elegant, young great emperor of the kingdom of Cai.
He behave differently when he is in public and when he is alone with you…….

♡Guo Liyao
The educator who become your private tutor.
His “education” contains lots of sweet whisperings and seduction…….
“Don’t be afraid and just leave it to me……. I’ll teach you carefully until you get it.”

♡Ji Cangming
The chic, faithful nobleman who is somehow strict with you.
However, when he is alone with you, the cold-hearted became so warm and gentle…….
“It is first time ever to think about someone as a special one. Would you please……teach me everything about you?”

♡Thane Fragrant
The prince from foreign kingdom, who is always kind to you.
However, sometimes you see his “hidden face”…….
“I’m sorry but I can’t help you with that. It’s all because I am fall in love with――”

♡Dong Chunji
The well-informed man, who is popular among the courtladies.
His atmosphere is somehow different from others.
What is the meaning of the sad expression hidden in his eyes when he is looking at you……?
“Do you believe the fate? I do believe it, since the day I’ve met you…….”

♡Hong Shiyou
The top military officer within the kingdom, on the emperor’s side.
He protects you as a sense of loyalty, but he sometimes tries to test me…….
“Don’t worry. I’ll protect you.”

♡Haku
The mysterious spy who’ve been working with the emperor for long.
What is the secret hidden behind his tenderness……?
“I’ll swear to be on your side anytime. So……you can just call my name.”

♡Ernest Wisteria
The clever palace guard who is with the prince of foreign kingdom.
Behind his friendly behavior, he hides the dark smile which you don’t know…….
“I had never interested in anyone.……However, I started to wish to have the only one to be mine.”

【Recommend to who……】
・Like to read Japanese manga / watch anime?
・Wanna fall in love with the 2D hot guys?
・Like historical background of East Asia
・Like fashion, coordinate!
・Like to enjoy lovely illustrated CGs!

【So Easy to Play!】
・You can read 5 stories free per day.
・Increase the grace as Princess consort by doing lesson.
・Clear the obstacles to love by changing into lovely oriental style avatars!
・You can enjoy the sweet scenario when you clear the mission!
・You can enjoy different endings depending on your darling’s affection level.
・Many of “Time-limited event” will be released regularly! With this event, you can enjoy special limited edition stories!
・You can invite friends and enjoy the game with them by cooperating each other!
・Lots of CGs available!
・Birthday event for your darling will be provided too!

※Basically, it is the free game! However, it costs for some special scenario and avatars.
Minor bug fixes 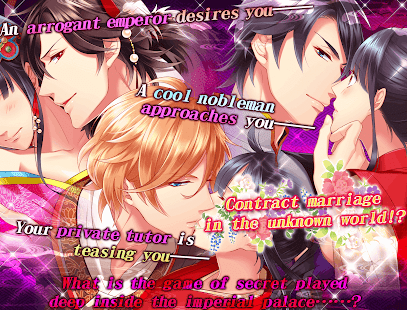 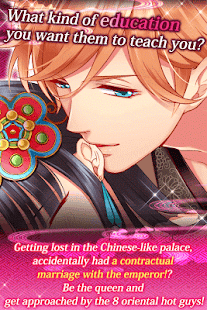 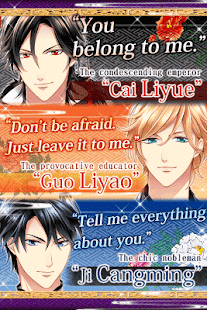 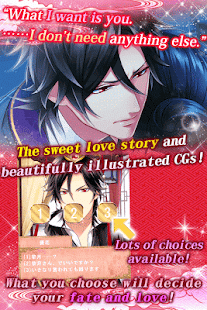 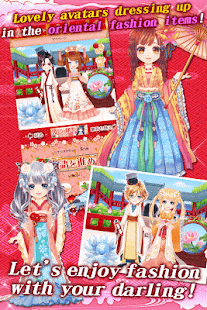 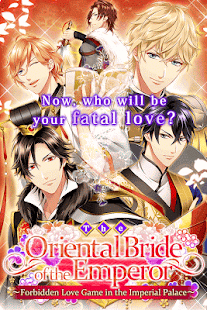 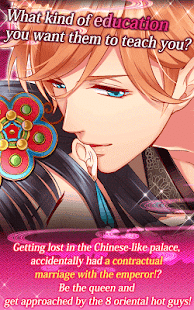 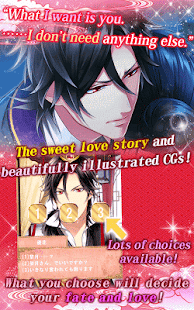 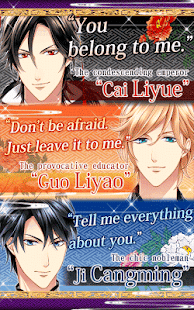 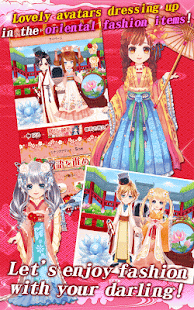 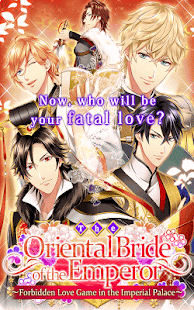 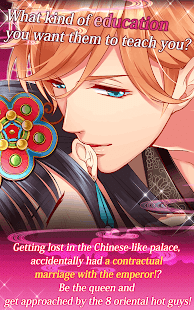 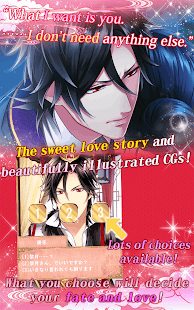 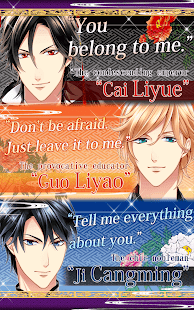 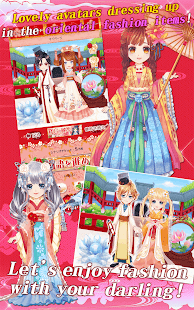 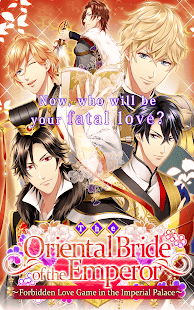 Related Posts of Oriental Bride of the Emperor

Dress Up With Point - Girl Dress Up 60