Have you ever wondered how the human body works? This quirky, fascinating runner is going to show you the beauty of human anatomy. Get ready to race through a dangerous obstacle course full of various perils. Run, increase your strength, and fight for your species in the epic final battle.

Why settle for ordinary running games? In DNA Way, the course of the DNA evolution is in your hands.

You start the evolution run with nothing but a skeleton, but don’t you worry: you have a chance to create your body from scratch. Race through the dangerous obstacle course and collect the necessary components to complete the body puzzle. Organs, muscles, flesh, and hair—you can’t live without them, literally!

Collect everything you need, avoid dangerous hurdles, and you’ll be a fully developed Homo sapiens at the end of the evolution run.

And it doesn’t stop there! Once you finish the run, you’ll have to fight the king of DNA evolution. It’s survival of the fittest, as your choices during the race determine who will win the final battle. Prove you have the evolutionary advantage and crush your rival in a few taps.

Join one of the best evolution games to discover the force of natural selection!

Impressive anatomical accuracy: realistic bones, muscles, and tissue. Run to transform your character from a mere skeleton into a strong superhero!

Fast-paced gameplay. The evolution won’t wait, so run as fast as you can!

Epic battles. Test your evolutionary strength in dynamic boss fights. We guarantee that you won’t get bored!

Lots of characters. Unlock different heroes as you progress and guide them through all stages of evolution. The destiny of many is in your hands!

All of that and beyond in one of the best running games ever made.
Dive into this fast-paced runner and let the Homo evolution unravel at your fingertips! 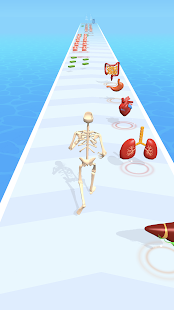 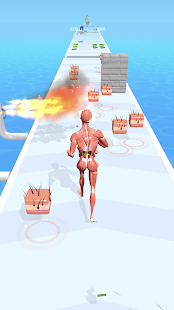 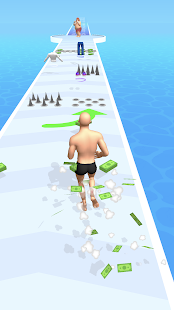 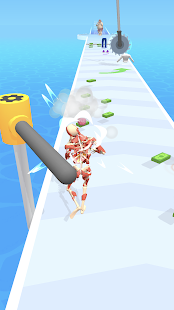 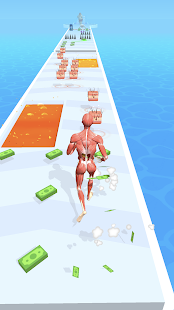