Truco is a variant of Truc and a popular trick-taking card game originally from Valencia and Balearic Islands (Spain) and played in Brazil, Argentina, Paraguay, Italy (in Piemonte, in Lomellina, and a particular variant in the towns Porto San Giorgio, Sirolo, Numana, Porto Recanati, Potenza Picena (Marche) and Paulilatino (Sardegna) ), Uruguay, southern Chile and Venezuela. It is played using a Spanish deck, by two, four or six players….
ach player is dealt three cards from a subset of the deck consisting of the numbers 1 to 7 and figures sota in Spanish or valete in Portuguese (jack, worth 10), caballo in Spanish or dama in Portuguese (equivalent to a queen, worth 11) and rey in Spanish or rei in Portuguese (king, worth 12).

The game is played until a team finishes a game with 15/30 points or more. The 30 points are commonly split into two halves, the lower half called malas in Spanish or ruins in Portuguese (bad) and the higher half called buenas in Spanish or boas in Portuguese (good). Therefore a team with 8 points would be ocho malas or oito ruins (8 bad ones), and a team with 21 points would be seis buenas or seis boas (6 good ones). However, because both teams can score points in one round, it is possible (but very rare) for both teams to go over 30 points in one round. Usually as soon as one team goes over 30 points, the game is ended, to stop there being a tie situation. However, sometimes the winner is the one with more points, otherwise another hand is played, until the tie is broken.

The popular appeal of the game comes from the exciting bidding process. Each type of scoring can be bid on to score your team more points. Bids can be accepted, rejected or upped. Bluffing and deception are also fundamental to the game.

Structure of the game:

Players can earn points in three different ways. These will be further developed below in special sections for each one.

The score won by a player is added to his team’s score (when playing in teams). Any bet, win, loss, or surrender by a player also affects his partner/s. For this reason, partnerships are usually formed by mutual arrangement between two players who know each other very well. As in bridge, it is not rare for partners to share information using preestablished signs and gestures. Communication is usually performed by a standard set of gestures (see señas). Arranging a secret set of gestures is thus frowned upon.
✓ We incorporated the ranking for the game in pairs. Very soon there will also be bonuses!
✓ We improve the speed and use of data in the ranking list.
✓ Correction to errors in the game in pairs and in the game vs Cellphone / Tablet
✓ We include the privacy policy.
✓ Internal changes in the login with Facebook. 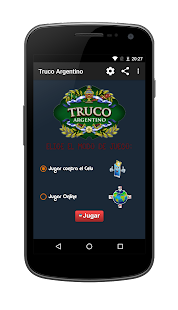 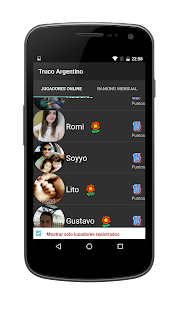 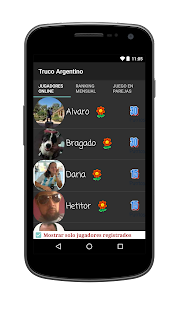 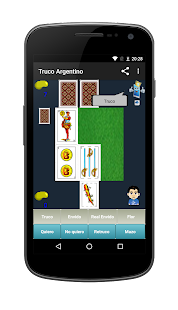 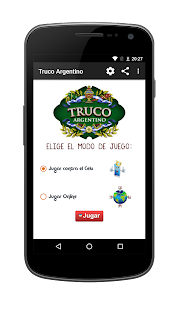 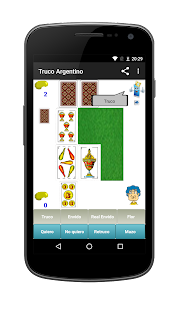 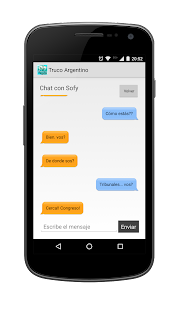 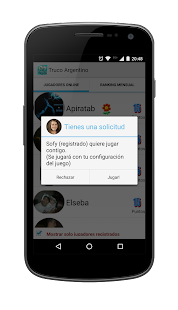 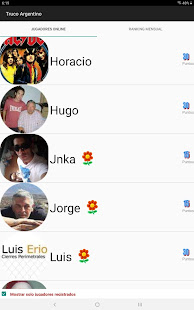 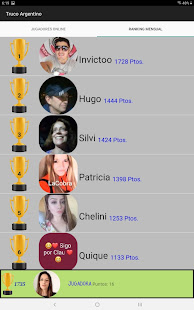 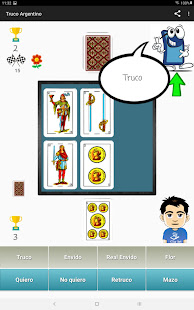 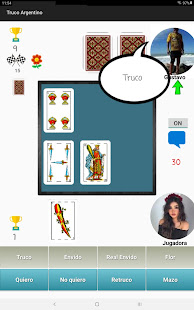 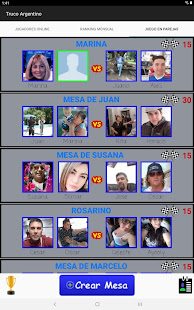